Vietnam Railways is quite convenient for tourists and local citizens. Below is the contact information of all train stations along Vietnam. 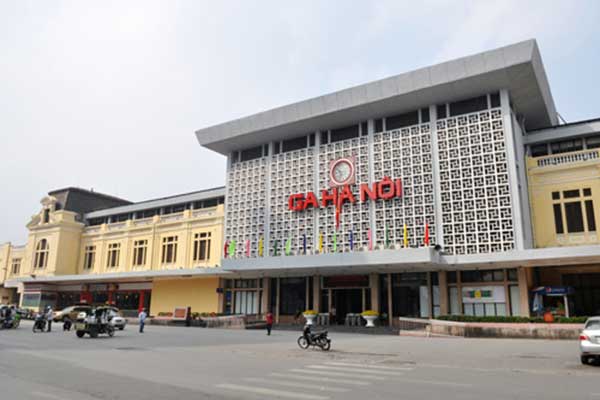 Hanoi train station was established in 1902 by the French Colonial, rebuilt in 1976, and now after upgrading, it becomes more modern and convenient. This station has two gates separating Gate A and Gate B. While Gate A is located on Le Duan street for Southward trains (like Ho Chi Minh City), Gate B is on Tran Duy Cap street for Northward trains as Sapa. It is only around 2km from the train station to the Old Quarter (central of Hanoi), therefore, taxi is the most convenient. The taxi price is from $2-4 and it takes about 5-10 minutes.
Address of Gate A: 120 Le Duan Street, Hoan Kiem District, Hanoi
Address of Gate B: No 1 Tran Quy Cap Street, Van Mieu Ward, Dong Da District, Hanoi
Tel: 043.9423697

2. Lao Cai train station
As similar as Hanoi train station, Lao Cai train station was built and operated by the French Colonial in the period 1903-1936. The station was ceased operating in 1979 and until 1993, it opened again. Currently, it is the last station which lay on the railway line which runs Hanoi – Lao Cai (Sapa). Every single traveler getting to Sapa by train needs to stop at this station.
Address: Khanh Yen Street, Pho Moi Ward, Lao Cai city

3. Ninh Binh train station
Ninh Binh train station, which has been rebuilt recently in 2015, is one of main stations on the railway line from North to South of Vietnam. It is considered as the most beautiful and modern train station in Vietnam nowadays. Ninh Binh station has a waiting room selling food and drinks which make passengers quite comfortable. You can book train tickets to Hanoi (North) or Dong Hoi, Hue, Da Nang, Nha Trang, Saigon (South) from here.
Address: No.1 Hoang Hoa Tham, Thanh Binh ward, Ninh Binh city
Phone: (84-30) 3 673 619 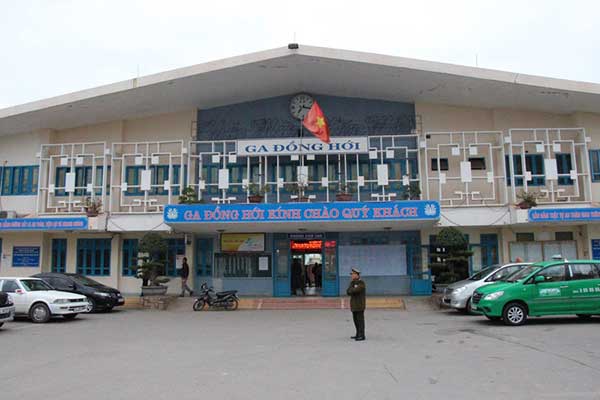 Dong Hoi train station is one of main stations on the railway line from Hanoi-Saigon. It is 6km far from the central of Dong Hoi town and around 45km from Phong Nha – Ke Bang. If you want to visit Phong Nha by train, you can stop at this station, then taking a taxi or motorbike-taxi (xe om) to Bo Trach district (Phong Nha locates here). There are many taxi brands and the price ranges from 11,000 – 17,000 VND/km ($0.5-$0.75) depending on which brands you choose. Trusted and popular brands are Mai Linh, Dong Hoi or Xuyen Viet. If you prefer catching a motorbike-taxi, you should bargain the price with a driver firstly. The price is often around 7,000-10,000 VND/km ($0.3-$0.6)
Address: Small section 4, Nam Ly Ward, Dong Hoi City, Quang Binh Province
Phone: (84-52) 3820558

5. Hue train station
Hue train station was built by the French Colonials in 1902-1906 for the original purpose is to transfer goods from the South to the North, and vice versa. Nowadays, it is not only a historical place but also one of the important stations of Vietnam. Hue train station plays a very important role in the transport system and the development of the economy of Hue City specifically and Vietnam in general.
Address: 01 Bui Thi Xuan Street, Hue city
Phone: (84-54) 3 822 175 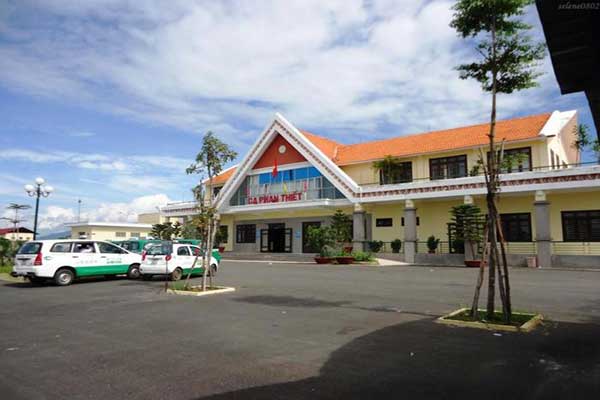 The French Colonial built Phan Thiet train station in 1903. In 2012, it was relocated out of the central of city and placed beside Highway 1A. Nowadays, it is a subsidiary station of the railway line from Saigon to Phan Thiet city. This station is an essential arrival point for those who travel to Mui Ne by train. It is about 15km from Phan Thiet train station to Mui Ne so the travelers can go there by taxi or by bus. The taxi price is about 350,000-400,000 VND ($16-$18). If you are on budget, catching a bus is much cheaper. When you walk out the station, you take a motorbike-taxi to go to the nearest bus stop and catching a city bus to Mui Ne with the price of 10,000 VND only (50 cents US). Otherwise, you can buy a bus ticket on your train getting to resorts in Mui Ne and the fare is around 35,000 VND ($1.5).
Address: Phong Nam, Phan Thiet, Binh Thuan
Phone: 062.3833952 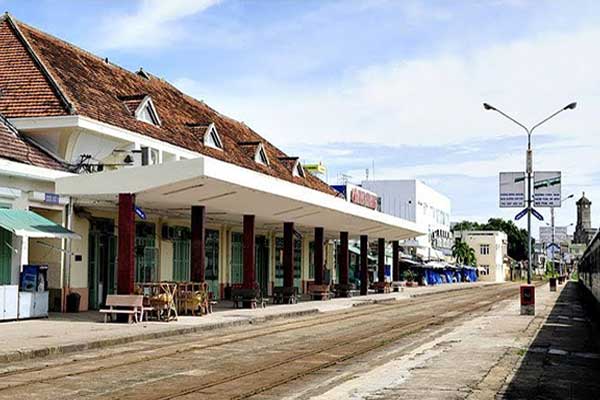 12. Tuy Hoa train station
Tuy Hoa train station is just a small and subsidiary station on R railway line. This station is located in the central of the city, so it is convenient for travelers who getting to Tuy Hoa by train. When walking out the station, you are easy to find out a hotel or a restaurant near there, or start discovering beautiful places in the city.
Address: No. 149 Le Trung Kien, Ward 2, Tuy Hoa Town, Phu Yen Province
Phone: (84-57) 3824195 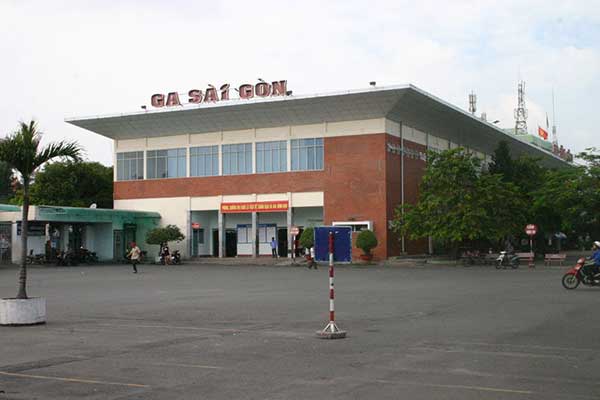 Saigon train station was opened in 1967 and located near Ben Thanh market, then rebuilt on the base of the former Hoa Hung train station in 1978. Until 1983, the new construction of Saigon train station completed. Up to this time, it has been one important transit point in the railway system of Vietnam. The train station is in the central of the city (District 3); therefore it is very convenient for travelers to go anywhere from here.
Address: No.1 Nguyen Thong, Ward 9, District 3, Ho Chi Minh City
Phone: 08. 39 318 952

Listing the timeless beauty of Vietnam in the eyes of Foreigners Referring to Overview of Vietnam, no one cannot ignore its elegant, charming, and harmonizing beauty of Vietnamese landscapes and friendly people as well. Especially, the most attractive feature about Vietnam that gets in touch with many foreign visitors is the …